Amano Shrimp (Caridina multidentata), a resistant, easy-care freshwater shrimp species, making a terrific addition to the cleaning crew of the aquarium-  constantly removing algae and wastes from the tank.

If you’re looking for a bold active little shrimp that has character, is easy to keep and tough as they come, the Amano Shrimp may be the one for you. These social crustaceans make the perfect ‘cleaning’ crew for any tank!

This translucent dwarf sized shrimp is fascinating to look at as you can see all its organs inside!

Males are smaller than females, growing to about an inch long. They will have a row of black dots running down their sides.

Females, being twice the size of males, will have a row of black dashes down their sides and will quite often be carrying eggs.

Where did the Amano Shrimp originate from?

Amano shrimp originates from Japan, Taiwan and China; inhabiting freshwater/brackish swamps and mangroves. This is where the Japanese aquascaper, Takashi Amano, collected and then presented this intriguing species to the planted aquariums of the world. Today this little shrimp has become popular amongst aquarium enthusiasts.

A curiosity, is that until 2006, the shrimp’s scientific name was Caridina japonica. Scientists changed this to Caridina multidentata.

Amano Shrimp are peaceful inhabitants and will not create problems in the aquarium so long as they are kept with appropriate tank mates.

Being social community shrimp, Amano like to live with other Amano shrimp. A 20 gallon tank, keeping about six shrimp (with even numbers of males and females) would be ideal.

Identifying the sex of shrimp when they are juveniles is difficult, so if buying young shrimp from an aquarium store you’ll have to take pot luck with their gender.

Amano Shrimp are very gregarious and are not shy in coming forward, especially when food is on offer! The only 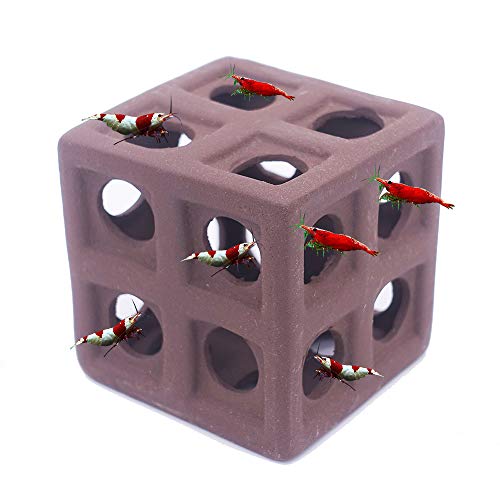 time they will hide away is during their molt. During this time, their shell is very soft and they’re vulnerable to predators.

You will soon notice a ‘hierarchy’ develop with your shrimp group. The larger ones will take charge and will be first to take their picking of shrimp food granules. Although not aggressive, they can be bossy!

Selecting the appropriate tank-mates is important, as any aquatic creature with a large mouth will be a threat to them. Do not house them with medium to large fish such as cichlids, goldfish and larger barbs. They will co-occupy a community aquarium with peaceful nano-fish such as guppies, tetras, cories and smaller live bearers.

Some people ask if they do well with Betta fish. In a small tank with little cover they may be harassed and possibly eaten. However, in a large, planted tank, Amano should be fine with bettas.

A group of 5 or 6 shrimp can be housed happily in a planted aquarium that is no smaller than 10 gallons. Smaller than that will lead to social problems with the fish, resulting in them feeling stressed.

It is advised to keep about one shrimp for every 2 gallons of water.

Include ornaments, driftwood, and live plants; this helps create hiding places and areas to be explored by the shrimp.

They enjoy a well lit aquarium and are adapted to flowing waters. To encourage their natural behaviors, you may like to use your aquarium pumps and filters to generate a current.

Being probably the hardiest shrimp of the freshwater shrimps (arguably hardier than the more colorful shrimp species), the Amana Shrimp can live within a wide range of water parameters. Although they prefer the cooler end of the spectrum, they will live happily in water between 65 – 80 degrees Fahrenheit.

pH needs to be within 6.5 to 8.0 and they prefer a harder water. If your tank water is soft, try adding crushed coral into the filter or substrate.

Amano are susceptible to ammonia levels and chlorine in new water to tanks. To ensure success with them, it is recommended that you cycle the tank for six weeks with a good biological filter before introducing your shrimp.

When crustaceans grow they need to shed their exoskeleton. During this time the shrimp is at its most vulnerable stage, and tend to hide away until their new exoskeleton has hardened.

If you spot any dead-looking white/clear shrimp in the tank, it will not be a dead shrimp, but rather the exoskeleton that has been shed. However, if you spot what looks like a cooked (pink/orange) shrimp lying on its side at the bottom of the tank, it likely is one that has died.

It is important that shrimp have a diet rich in minerals to ensure they grow healthy strong skeletons.

Many aquarists introduce a group of Amano to their tanks to keep the algae away. Amano love eating algae and do a wonderful job eating the micro-filament algae off plants and rocks in the tank. 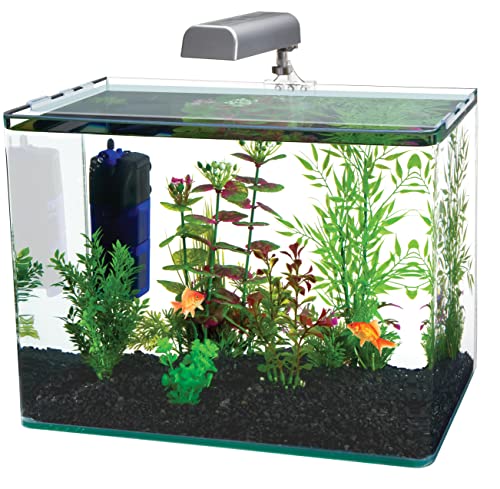 They are great vacuum cleaners as well. Any escaping food that gets stuck within crevices are quickly found by the eager shrimps and devoured.

The little guys are innately lazy! If they’re too well fed, they will ignore the algae in the tank.

Aquarists should not assume that shrimp will solve all their algae and waste problems in the aquarium. They do a great job cleaning the algae off leaves in a planted aquarium, but don’t clean the algae from the glass sides of the tank, nor will they consume the older heavy growths of algae.

When it comes to commercial food it is easy- they are not fussy eaters and will eat almost eat anything! They are omnivorous, so having a varied diet of both animal based and algae based food is best.

Being aggressive eaters, they will often get to the food sinking to the bottom of the tank well before the fish. Quickly they will gather a food pellet up and dash away to eat it. It is better to scatter food, allowing them to each to find a pellet without arguments.

We recommend the Fluval Shrimp Granules as it has a good amount of minerals and is best suited for crustaceans. It comes in granules that conveniently sink to the bottom of the aquarium.

In addition, shrimp will eat vegetables such as cucumbers, squash, zucchini, and spinach. Vegetables should be blanched, and don’t leave them in the tank for more than an hour, as this will start to pollute the water.

Any small gap in the lid of your aquarium will be an opportunity for these little guys to escape. They are known for it and will do so. Ensure you have a tight-fitting lid!

Amano Shrimp are incredibly difficult to breed. This is mainly due to the shrimp lava requiring salt water to live and grow, whilst adult shrimp wouldn’t last more than a few minutes in salt water.

How they breed in the wild

In the wild, the male fertilizes the eggs, and the female carries them for four to five weeks. During this period, the female can be seen wagging her tail to fan oxygenate the eggs. At the five to six-week mark, she will release the larvae.

Shrimp lava are dragged by the current into the saltier waters of river estuaries. When they reach adulthood, the shrimp return to freshwater upstream to live.

You may see females in your tank carrying eggs, however, these will not survive when they hatch unless they are immediately placed into salt/brackish water.

If you’re up for the challenge, captive breeding is possible. It is reported that breeders keep adults in a 40 gallon (150L) breeding tank with sponge filter and tall plants. The pH is maintained at around 7.0, and the temperature stabilized around 77F (25C). Feed with pelleted food.

Larvae will need to be relocated to brackish water as soon as they hatch. As they grow, the water can be gradually diluted with freshwater. 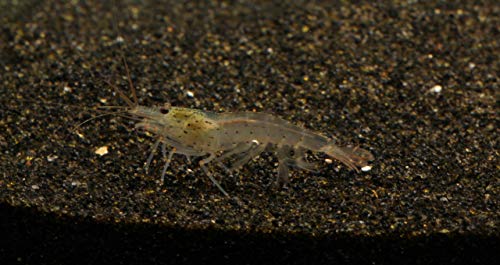 Under these conditions, the larvae began to metamorphose into post-larvae after 20 days. It takes about six months for a complete cycle from hatching to adulthood.

You would expect your shrimp to live between 3-5 years, a little longer if their water temperature is kept at the lower range and the tank is well filtered.

Amano Shrimp are tireless eaters, helping keep the tank free of algae, and excellent community tank members, being compatible with smaller aquatic tank-mates. Being easy-care, hardy animals that will entertain for hours as they roam around the aquarium feeding, interacting with others, and creating their little homes.  This small invertebrate is a great choice for any peaceful aquarium!

How Big a Red Eared Sliders Can Get [Complete Care Guide]

One thought on “Best Amano Shrimp Care Guide – Everything You Need To Know!”